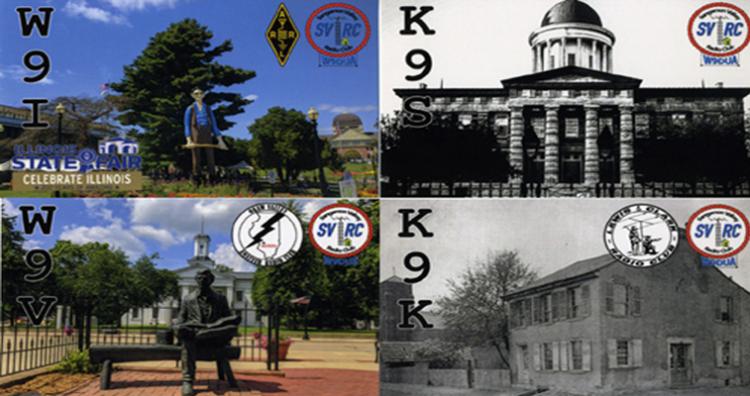 In 2018 from August 9th to the 20th, the Sangamon Valley Radio Club (SVRC) sponsored four special event stations in celebration of Illinois' Bicentennial.  The dates were selected to coincide with the 165th Illinois State Fair.  Three of the four stations were selected to honor the three different capitals since the founding of the state in 1818. W9I was operated exclusively by the SVRC and located under the grandstand on the fairgrounds in Springfield to honor the bicentennial.  K9S commemorated the current capital in Springfield (1837-present) and was operated by the SVRC.  K9K, operated in conjunction with the SVRC was manned by the Lewis & Clark Radio Club of Godfrey to memorialize the first capital in Kaskaskia (1818-1820).  W9V was manned by the Okaw Valley Amateur Radio Club of Greenville to remember the second capital at Vandalia (1820-1837).

The received QSL cards may be viewed here.  Do you see yours?
http://www.brainmist.com/svrc_ses_qsl/

We operated all bands and all modes - even some peculiar digital modes like Throb and Hellschreiber.  A great time was had by all - both the special event station operators and the global hams that made contact with us.  Thank you all!