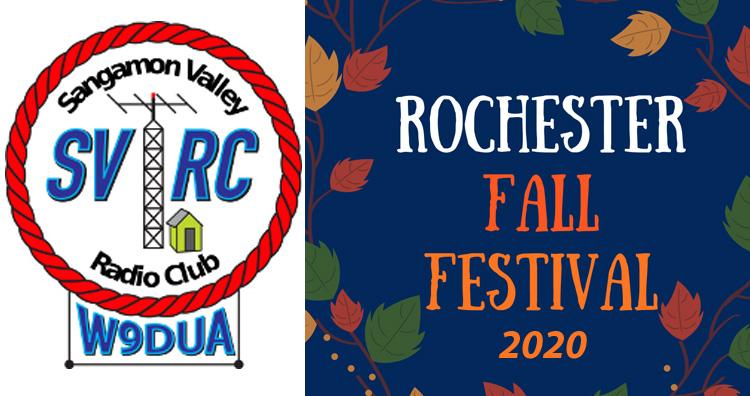 On Saturday, October 24, 2020, the SVRC was asked to participate as a community service at the Rochester Fall Festival sponsored by the Rochester Public Library.  J. Mitch Hopper, K9ZXO, demonstrated and explained amateur radio for the public.  Utilizing Roger Whitaker, K9LJB, Tim McDonough, N9PUZ, and Todd Johnson, KD9BNQ, as ‘ringer’ contacts via the 443 repeater, the SVRC was able to make clear the role of amateur radio for emergency services as well as a fun and exciting hobby.  In addition to V/UHF communications, Mitch had a battery with solar charger and car-mounted 20/40 meter vertical driving his Icom IC-7300 rig so the visitors could hear CW and SSB communications.  Interested individuals were given a W9DUA QSL card with website information on the back.

The crowds were very thin in the cold morning but grew during the warming afternoon.  The high points were three separate older individuals who had let their licenses lapse years ago and were convinced they didn’t have what it takes to re-test.  After hearing that the morse code requirement was long-gone and that QST is still being published, they left claiming they would look into getting back on the air!

It was generally a very good day all around. And, Mitch got his corn dogs denied him by the cancelled state fair!  Yea! 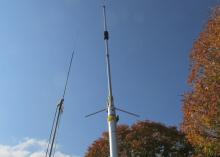