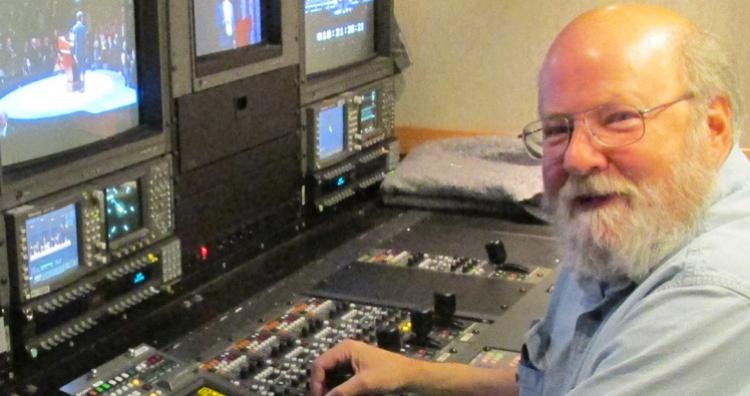 This video by J. Mitch Hopper K9ZXO Audio, Modulation, Distortion and Square Waves not only describes but demonstrates the interralation between square waves and distortion.  Mitch reminds us of the definition of a square wave and de-mystifies this waveform that is so useful as a test signal yet so evil when it lurks in normal audio. This short three-minute video explains how a square wave is constructed and why over-amplification and extreme processing can be a ham's worst enemy.

This video generated an elmer question, so here it is.

Question:  K9ZXO, you fount of knowledge, would you be willing to answer an elmer question?  When a ham operator adjusts the mic gain, is the adjustment adding only odd harmonics or even harmonics as well?  It seems like it is not an exact science here but the result is fairly certain if you push the mic gain to the max, you will have more square waves.  And the degree to which this occurs depends on the frequency you are on at the time?

K9ZXO:  (humbly blushing), Yes, of course...Distortion, splatter and things that go bump in the night are not frequency dependent. All overmodulation or overdrive troubles are bad no matter what band you are on.  Admittedly, it isn't so much of an issue on FM-VHF because there is seldom anyone so close on another channel and FM is much more forgiving for bad nearby signals.  But the issues still relate to the readability of your signal.

The issue of odd-harmonics is only relevant to the composition of square waves.  They are relevant only because that's what happens to audio when it gets clipped due to overmodulation or over-amplification.  And square waves aren't the only thing that is generated by over-mod. All manner of harmonics (even and odd) and spurious signals are created by over-mod. It was just easier to explain where these upper frequencies come from when you over-modulate.  In fact, that's what makes square waves so valuable in testing. If I want to quick-check the frequency response of a device, I run a square wave through it.  If a square wave comes out, then I know my device is passing the frequency AND all of the harmonics that are above it.  If the square wave comes out with its edges rounded off, I know my device is NOT passing the upper harmonics and therefore the frequency response is not flat but attenuating the higher frequencies.  That's why I call square waves the best and the worst signals there are.

Setting the modulation is a tough thing to do for voice.  In the digital world, I can look at my signal and see a sine wave getting a flat top.  Time to reduce gain until she looks rounded again.  But voice is hard - there is no way to see just a little flat-topping on a scope.  The signal is jumping around so much, the little square waves go un-noticed.  Major over-mod is easier to see.  If you have a power meter that is peak reading, you can start with the mic gain down and advance it slowly as you talk.  The average power should start going up.  But, there will be a point where additional mic gain will not raise the level any further.  That is the point where you have entered the land of over-mod. Find that point and back the gain knob off by 10%.  Then the real test is for you to ask how your signal sounds.  The dude (dudette?) at the other side of your QSO will certainly tell you if you are splattering.  General rule-of-thumb:  under-mod is always better than over-mod.  That help?

Questioner:  Yes, this is very helpful and worth at least 3 donuts!  Some of this is rather complex so I can't promise not to ask a similar question down the road.  But the information about the managing the mic gain knob is something I can definitely use now. I think I need to get a scope (oscilloscope) now.   Thank you for your most informative response and for not addressing me as "Grasshopper."

If any further questions arise from this video, please visit the next SVRC monthly meeting where you can talk with an Elmer or stop by the club station during W9DUA Station Open Hours.